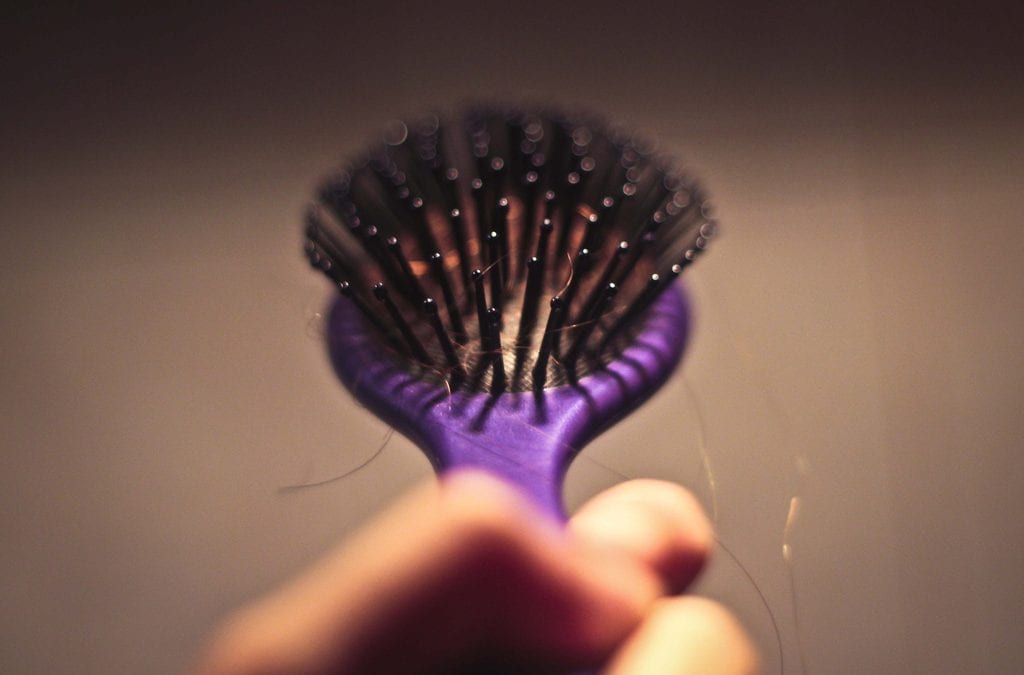 A friend of mine is currently going through chemotherapy which inevitably leads to no hair days. Before her second treatment, her hair started falling out. Rather than deal with the clumps of hair on her pillow every morning, she shaved her head. Under normal circumstances, one would go to a salon or barber for this or maybe even get a friend to do it. But, since we are in this alternate reality of self-isolation, she had to do it herself. Not an easy task, but in my opinion, she did a damn good job! This has prompted me to bring back an old blog post from 2016 called No Hair Days.

Before I even started chemo, I ran out and bought a wig, which in proper medical terms is called a cranial prosthesis…really! No matter the terminology, I couldn’t imagine going about my day without it. Hair is such a big part of our physical appearance. It’s one of the first things people notice about you. Not to mention the fact that it keeps your head warm. Something to keep in mind if you are starting chemotherapy treatments on December 29th, in Ottawa, Canada.

Buying a wig was also a way to help prepare my 6 year old daughter for what was coming…mommy with a bald head. So, my sisters and I took her wig shopping. We tried on all kinds of wigs…light, dark, long, short, straight, and curly. Of course, my daughter liked the long blond wig the best. We laughed a lot and had fun. 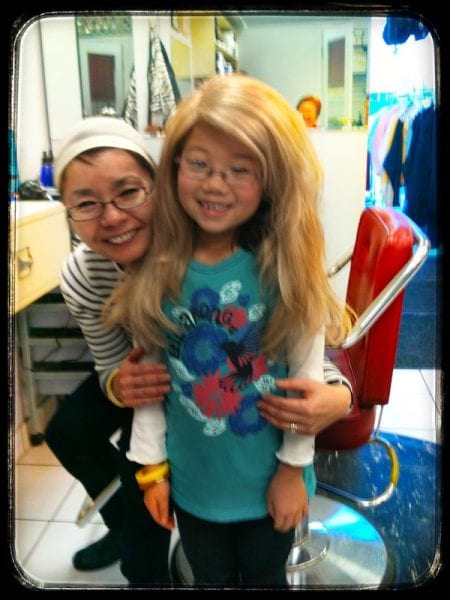 Wig shopping with my daughter

In the end, I settled on a dark, shoulder length bob which I wore only a handful of times. It never seemed to sit right on my head. It felt foreign to me like I was wearing someone else’s hair…and I was. I received many compliments, the few times I wore it, probably because it was easier for people to see me with hair then without. And one time, a well-meaning acquaintance told me she liked what I’d done with my hair, of course, not knowing I was going through chemo. I just thanked her, not wanting to get into my sad story and make her feel bad, but at the same time feeling a bit like a fraud.

Wearing hats and scarfs instead

So, I ended up rockin’ the hats and scarves instead. It was more comfortable and soft against my skin. And, oddly enough, it felt empowering as though I was taking ownership of my illness and not hiding behind a cranial prosthesis. It also allowed me to experiment with different looks and feel stylish even though I had no hair. I’ve never been a hat person and to be honest, I’m still not a hat person. But, it gave me the opportunity to have a little fun and be creative at a time when I needed it the most.

At times I have wished that someone would have told me not to buy a wig, “save your money”, but I know I would not have listened. It felt like something I needed to do at the time. I had to live through the experience to know I would be okay without hair. And the upside, no bad hair days, just no hair days, which require a lot less fuss!

Seeing the beauty within

I now take special note of women with no hair, and women whose hair is just starting to grow back, and I’m stunned by how beautiful they are. It’s as though their strength, their courage, their resilience and vulnerability shines through. There is no hair to distract you from seeing their inner beauty. It makes me think of this beautiful quote: 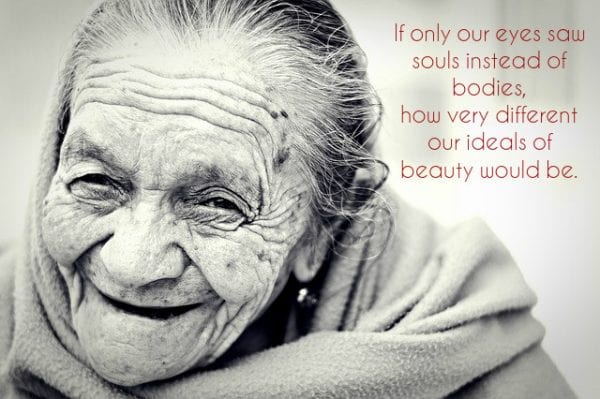 Photo by Cristian Newman on Unsplash

If you know someone going through chemotherapy and you’re not sure what you can do to help, a soft bamboo headscarf is a thoughtful gift. To purchase one and have it delivered to their door, click COKANNA headscarf.