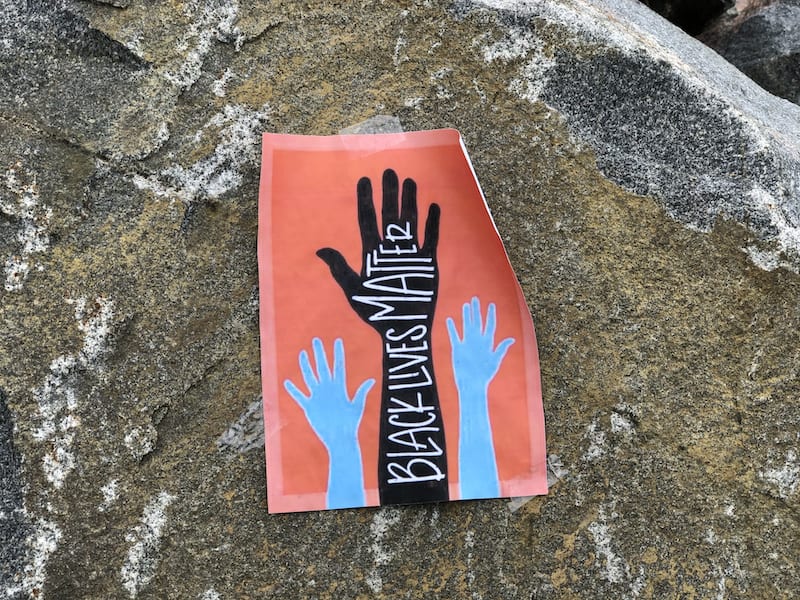 This is not the blog post I intended to write this week but the one I felt compelled to write. With all that’s happening in the world right now with the death of George Floyd, it’s made me reflect back on our unsuccessful adoption of a newborn baby, a baby of colour, 12 years ago.

Adopting a baby of colour

Our adoption practitioner had explained to us what having a black son would mean. Everyone will say how cute and adorable he is until he becomes a teenager. Then those looks of adoration will turn to looks of fear. How he will be pulled over by the police for no apparent reason when driving our car. I remember being surprised by this and then outraged. How could this happen in this day and age? I also remember naively thinking we could protect him.

When the birth mother decided to keep her baby, I felt sad, disappointed, angry, even misunderstood. We had done everything by the book and still we were rejected. It felt like she was saying we weren’t good enough to be his parents. The truth is that was true. And, that truth was based on the colour of our skin.

I would’ve been a loving and supportive mother in the best way I know how. In an ideal world that would be enough. But, how could I have been the mother he needed. I am not black.

Not meant to be

Over time I came to accept that the baby was in the arms of the family he was meant to be with. But now, I realize he’s with the family he needs to be with. It’s not that his life as a black boy and man will be easy just because he’s with his birth family, but he’s with people who know what it feels like to be in his skin.

I can only imagine how confusing and painful it would’ve been for him to grow up with a Japanese mom, a white father, and a Chinese sister. And to further add to the tension, a mother and father who are no longer together.

I know how powerful it is for my daughter, although not the same ethnicity as me, to look like me. How the world looks at us like we belong together. It’s not to say that families who don’t look alike are not thriving. I know plenty of families with white parents and Asian kids. It’s a different experience though. And let’s be honest, being Asian is different than being black or brown. 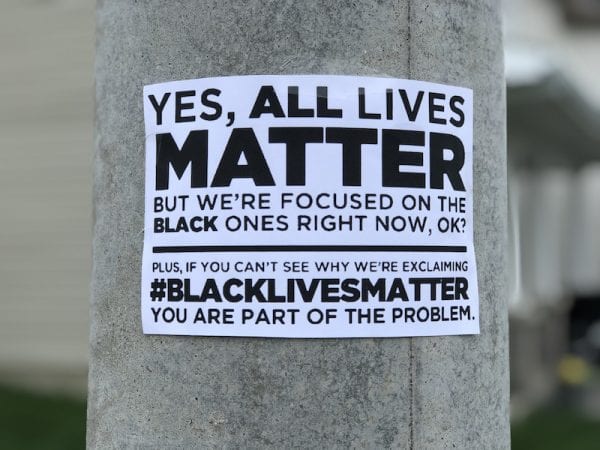 We still live in an unjust world, a world of white privilege. A world where protests and riots need to happen to get our attention. A world where we ALL need to stand up and fight for racial justice not just the people who need it. In a Facebook post, Shola Richards explains why he has never walked around his neighbourhood without his young daughters and his fluffy white dog by his side, and probably never will. Lori Lakin Hutcherson explains white privilege to her white friend on Facebook. She remembers some white male classmates being pissed that a black classmate had gotten into UCLA while they didn’t. They claimed affirmative action had given him their spot and it wasn’t fair.

No matter the colour of our skin, we’ve been conditioned by society to absorb biases from a very young age. I believe most of us make a conscious effort to be good people with strong values. There are no easy answers. It’s complicated. As a person of Japanese descent, I fear saying the wrong thing, being misunderstood, feeling awkward and scared, feeling shame but that makes it about me. It’s time for us to see clearly, not look away, and lean into the pain and suffering of those who have been and continue to be marginalized. We need to try.

So, that little baby boy is now 12 years old. I wonder how I would’ve explained to him the things that are happening right now. Undoubtedly, he would’ve already experienced some of that injustice firsthand. I would’ve stood by him, spoken up for him, and tried to protect him. But, I could never have truly understood how it feels to be a person of colour.

I used to see our failed adoption as unsuccessful. Now I see it as the best possible outcome for that baby which he needed and deserved.

We need to listen, it’s a start

I’ve listened to a few podcast conversations this week on racial disparity. In both cases, the host is white and the guest is black. The discussions were thoughtful, enlightening, and at times, uncomfortable which makes them so important to have. It’s a start. Have a listen to Brené Brown’s Unlocking Us: Brené with Ibram X. Kendi on How to Be an Anitracist and Ten Percent Happier with Dan Harris: An Uncomfortable (But Meaningful) Conversation About Race | Lama Rod Owens.