Our “This Is Us” Story: Episode 1 – A Roadblock 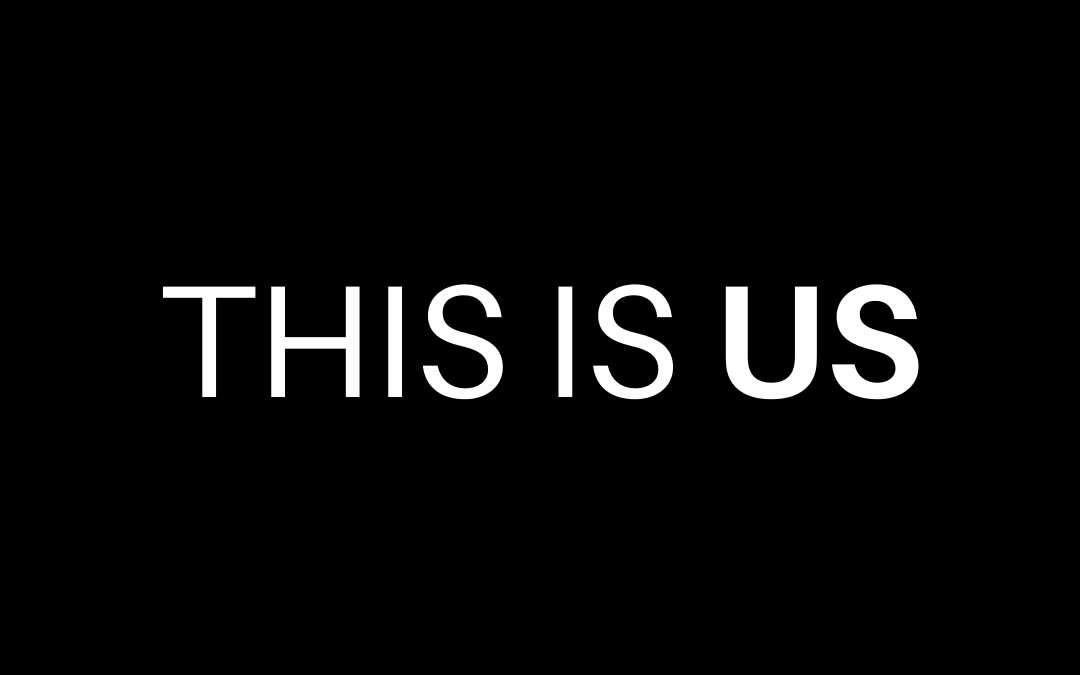 This blog post series, Our “This Is Us” Story, was originally published in February 2018. I decided to bring it back because it was very popular, and it’s been two years and there are many new subscribers. I thought about updating it because there have been a lot of changes in my life since then but I decided to leave it as written because it was the truth at the time. If you’ve read it before, I hope you will enjoy it again, and if it’s your first time, then I hope you find it an interesting read…

This Is Us: The TV Show

It seems the most popular show on TV right now, at least among women, is “This Is Us”. If you’re not familiar with this show, it’s an emotional drama about the Pearson family. There are three kids, all born on the same day. If you’re thinking triplets, then you are correct…sort of. Two of the siblings are biological and the third is adopted. That’s all I’m going to say. You’ll have to watch the show to find out more.

It ‘s well done, seamlessly moving between the present day when the kids are all grown up and living their lives as best they know how, and the past when they are babies…children…teenagers and even before they came into the world. What I like about this show is it takes its time. Each of the siblings’ stories and their parents’ stories unfold over time, interwoven, just like real life. You gradually get to know each of them and why they are the way they are. It’s patient storytelling at its best.

I believe this show really resonates because it touches our heart and soul. We feel their emotional highs and lows, their pain, their joy because we have been there ourselves. I dare say there is not a dry eye in the house, at least not in my house, during each episode.

This Is Us: Real Life

For me, it brings me back in time to six periods in my life that are so intertwined, the first influencing the next, leading to the next and so on, much like it unfolds for the Pearson family. So, I decided to try something different and write a 6 episode blog series focusing on one “This Is Us” life event at a time. I hope you will stay tuned for all 6 episodes, and I hope you will let me know what you think. It’s a bit of an experiment.

That brings me to this week’s episode: A Roadblock. In the show, losing a child is a recurring theme and they tackle it from many different perspectives…having a miscarriage, losing a child at birth, giving up a child for adoption, fostering a child. But, they all result in the same thing…a loss and a longing.

Let me start from the beginning. My husband and I were married on a beach in Antigua. We were DINKS…remember that acronym…Double Income No Kids. We enjoyed that lifestyle for many years. 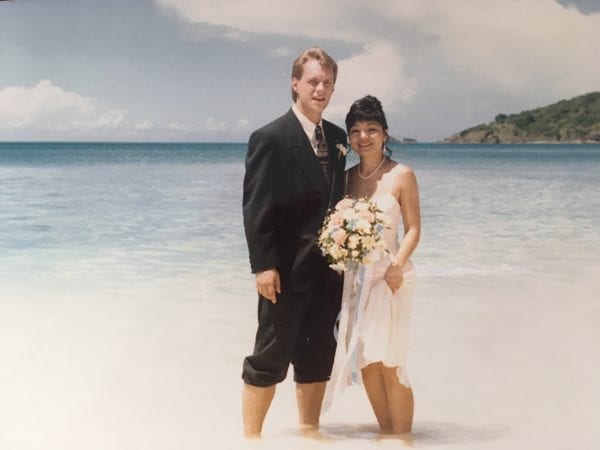 Our wedding on the beach of Antigua

When we decided to start a family, we tried, of course, the conventional method…and tried…and tried. I was in my late thirties and I also had fibroid tumours, high risk just like Kate in This Is Us. We did conceive though. I remember the thrill of seeing that pink line appear on the home pregnancy test.

But, eleven weeks later, I had a miscarriage. They could no longer see a heartbeat on the ultrasound. We rushed out and bought another pregnancy test. Of course, it was still positive because my hCG levels were still elevated but not rising at the rate they should have been. But, you hope against all hope.

I had wanted to keep the news under wraps until we had gotten through the first trimester, much like Kate, but my husband was so excited, just like Toby. He wanted to announce it to the world. At least he didn’t break out in dance at a coffee shop! So just as the news was getting out, I had the miscarriage. I remember feeling so sad, so numb, our hopes and dreams dashed in one fell swoop.

There were complications after the miscarriage which dragged out over a period of months. I didn’t feel well, things were not normal, but they kept telling me to give it time. Eventually, I landed up in the hospital after hemorrhaging. I was at work and had to wrap a sweater around my waist. I called my husband and then drove myself to the hospital. In retrospect that probably wasn’t the best idea. I remember walking up to the desk in the ER and calmly saying, “I think I’m hemorrhaging”. Well, that certainly lets you jump the queue. It’s all a bit of a blur from there on in but I do recall being concerned about messing up their chair.

I was kept in the hospital for a few days as they tried to control the bleeding. I was given Demerol which unbeknownst to me, I was allergic to. As soon as they administered it, I could feel it rush through my body and I was instantly sick. They tried again mixed with Gravol…same result. I desperately had to go to the washroom but the nurses wouldn’t let me get up without the doctor’s okay because my blood pressure was so low. They thought I would pass out on the bathroom floor. I think I had conveniently blocked that part out, definitely a low point but I can laugh about it now. In a room with three other patients and their visitors, I was wheeled into the bathroom in a big diaper! And I didn’t even care.

My husband was desperately trying to keep his head above water. Within the last year, he had lost both his grandfathers and his father. I didn’t realize it at the time, but being in the same hospital so close to his father’s death made him panic. He told me later, he could tell I wanted him to stay by my side that night, but he had to get out of there. He couldn’t breathe. In the middle of the night, he woke up in a full-blown panic attack. He called his mom and she hopped in the car and drove to Ottawa from Toronto.

I had lost a lot of blood. I came this close to needing a blood transfusion. Once I stabilized, they discharged me and sent me home. I felt like I still needed to be in the hospital though. My body felt so ravaged. There was no way to lay down that brought me any relief. I felt weak, vulnerable, scared. I think it was the first time I thought, “Wow, I’m not invincible. My body has limits. It can let me down. But I recovered.

At the end of the day, they had to inject me with a chemotherapy drug, Methotrexate, to kill off the pregnancy cells that were still lingering and causing all my problems. It worked. It’s ironic now to think how I would need chemotherapy again down the road for a much different reason.

I was referred to as a superwoman by my gynaecologist. Because I was an out-of-the-ordinary case, he asked my permission to bring in a group of resident doctors to observe my follow-up examination. Why not? So, there I was feet in stirrups, with a group of young doctors observing me and hopefully learning…straight out of Grey’s Anatomy!

My gynaecologist strongly suggested we not try again. Getting pregnant was not the problem. We had done that. It was staying pregnant. But, I was determined to prove him wrong. I could do this, or so I thought. We kept trying but ultimately it was not in our future. How long do you put your life on hold? It was my husband who first suggested adoption. I was not ready to go there…

To be continued next week in Episode 2: A Red Thread